LOCALLY MANUFACTURED SMALL WIND TURBINES – HOW DO THEY COMPARE TO COMMERCIAL MACHINES?

Above is a link to a paper by Jon Sumanik-Leary in which he uses a study of a Scoraig power system (with 3 metre diameter recipe turbine) to compare with a Bergey wind turbine.  Annual energy production is very close to my predictions although it drops off slightly in stronger winds because this site had a tower that leaned very slightly to the east, causing the turbine to furl prematurely in westerly winds. 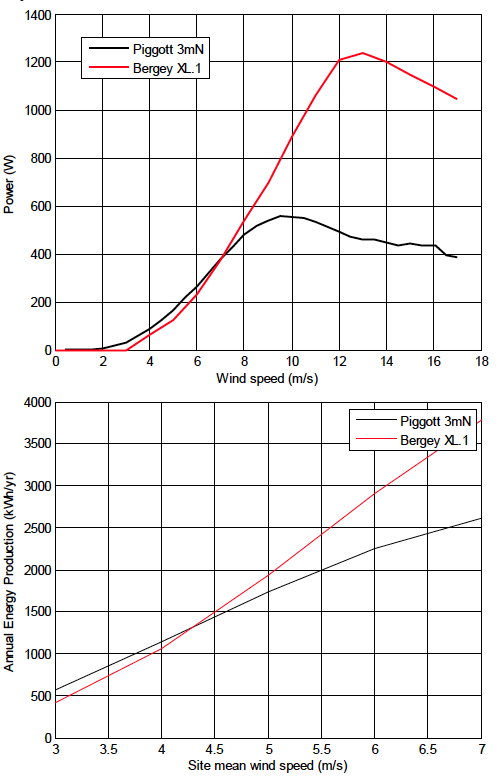 Jon discovered that the higher peak power  produced by the Bergey is strong winds was worth less than the shortfall in low winds.  “When comparing between the locally manufactured and commercial SWTs, the simulation reveals that the increased energy yield generated by the Bergey XL.1 is largely wasted, as most of the extra power is generated when the batteries are already full.”  The 3 metre recipe turbine actually does a better job of keeping the household supplied with electricity.

I live off-grid in NW Scotland and have spent my life playing with wind turbines. I also love small hydros. Hands on renewable energy is my thing and I like to learn and to share my experiences.
View all posts by hugh →
This entry was posted in People, power curve data, Scoraig. Bookmark the permalink.