Nea Guinea (neaguinea.org), is a collective in Athens, Greece

“On the renewable energy workshop we organize two kinds of workshops, one on
the construction of DIY PV panels and the design and installation of small
scale hybrid systems and one on the construction of small wind turbines based
on your Recipe Book. The wind turbine workshops are usually twice a week and
last for 3 months. We have been doing this as Nea Guinea since the spring of
2010 and we have organized three work shops since then, one in spring 2010
were we built a 12V 1200 SWT, in autumn 2010 we built a grid connected 2400
SWT and in sring 2011 we built a 12V 1200 SWT with a secondary school. We will
be starting soon with the autumn 2011 SWT which will be a 24V 3000 SWT. ” 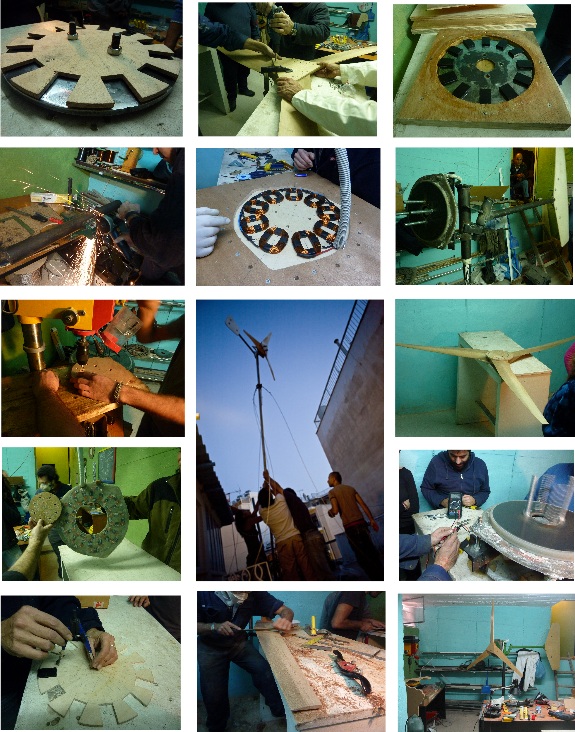 I live off-grid in NW Scotland and have spent my life playing with wind turbines. I also love small hydros. Hands on renewable energy is my thing and I like to learn and to share my experiences.
View all posts by hugh →
This entry was posted in construction, courses, People. Bookmark the permalink.