One way to limit the current 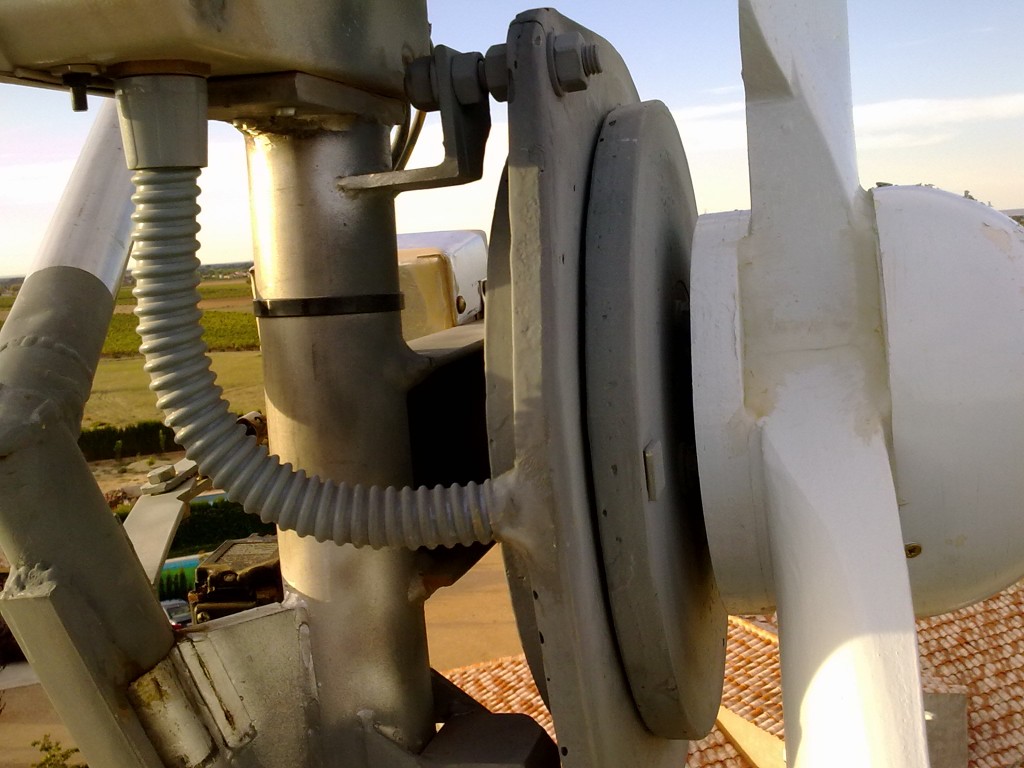 Good night Hugh, I write from Spain in particular from Albacete Villarrobledo a small village, where a friend and I started three years ago more or less the construction of wind turbine with your purchase from ti.Desde manual then several things have happened to us , the generator of my friend is running a year or so and start producing large amounts of current (I got to see strong gusts with 120 amps) until last year on June 1 very hot and windy broke down in concrete bridges were burned rectifiers and me that a month ago that I had uploaded the blades left, perhaps too flexible for wood in the tube touched me was not there to ver.El is that we fix it and continued to operate, I But before you upload and spent a long time I uploaded a month ago and is producing no problems but with a pickup system with an electric tail wiper motor car. 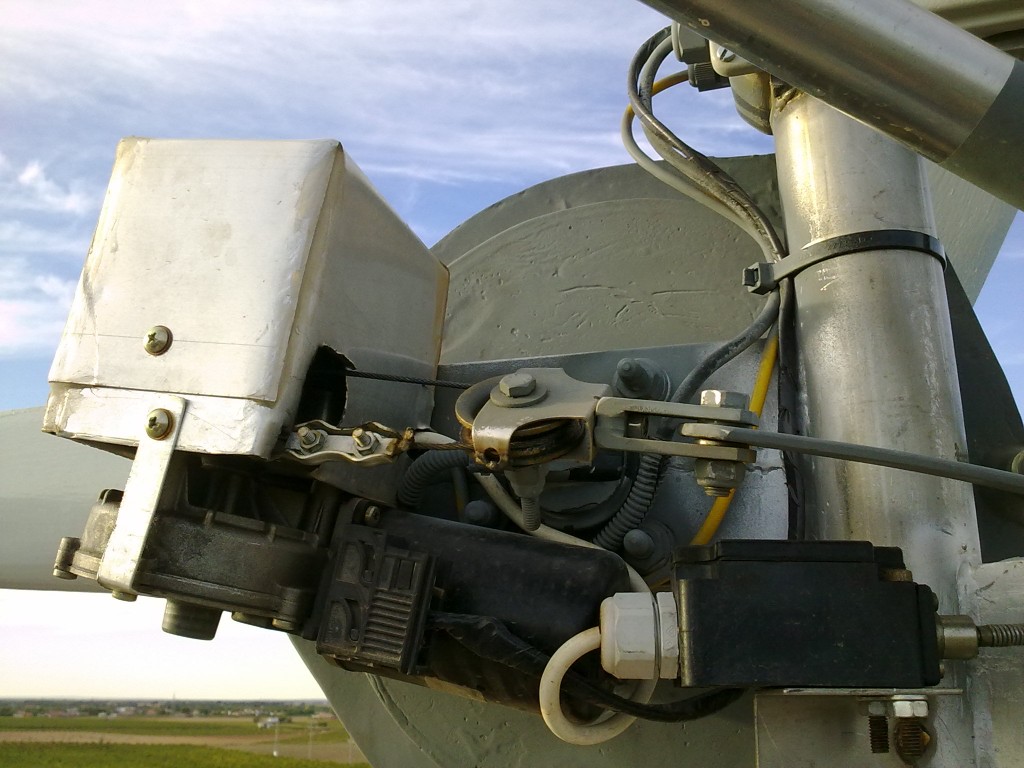 I have limited to 35 amps when it reaches the tail pick up gradually according to air speed and not suffer shovels, rectifiers, coils etc. ..
I have done with industrial electronic circuit to limit consumption of engines according to amps and I really like electronica. 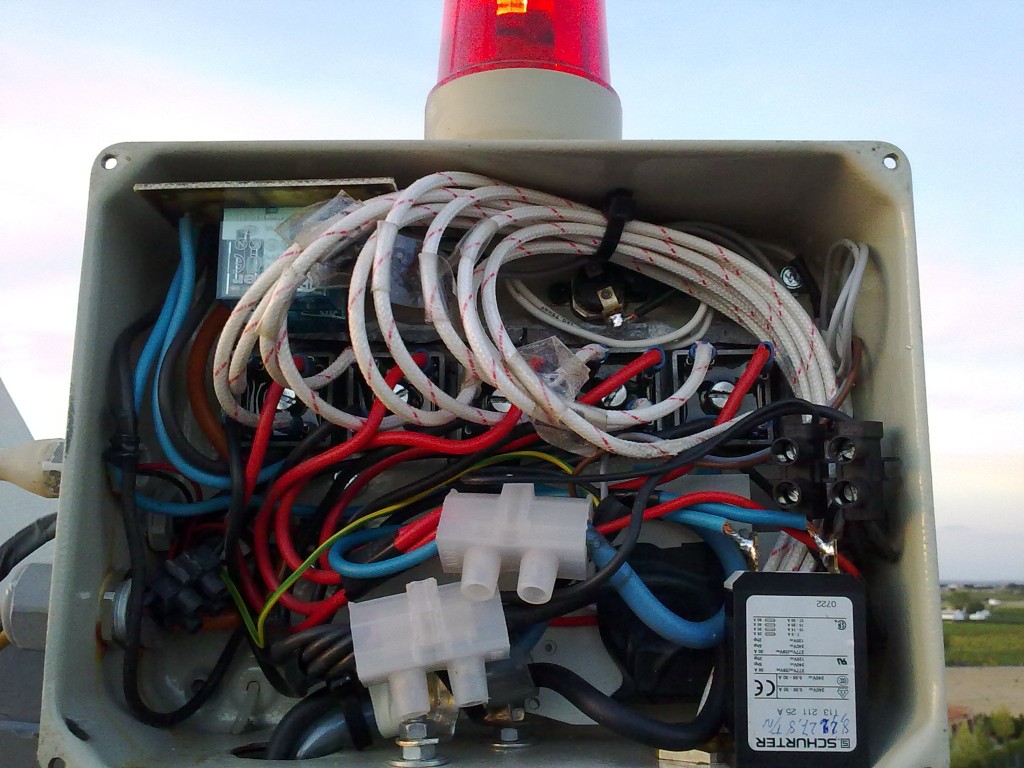 Generator that is made of 2.4 m, ie the smaller the output 12-volt
10 coils and 24 magnets and doing quite well, in my case I live on the outskirts of town and although I have electric light of the company, I’d like to try to feed itself for years now to try to make a generator that I worked but little wrong with a alternator car without knowing anything with a blade nothing to do with them, but as there are in American mills to draw water.
In this case, thanks to your manual I found on the internet looking for my friend we decided to do it because I saw that this was different and full well explained and I was really looking forward to build something that really works, and so has been.
Thanks for once again running over and I am delighted but it cost us much because of time.
What if I imagine that you agree is against nature is difficult to fight because there have been times that I disappointed last year when it broke because of the intense heat and speed viento.Es why I decided to think about how than slowing it down but never to stop bypassing the wires and the generator of my friend bridged a lot in winter so as not to bear bad days and end rectifiers and coils burned (or so we think).
So far this system with the engine and a steel thin wire and reflect the tail is going well, last week there were strong winds a few days it worked perfectly and that your system remains intact, that is, I wanted to put an engine without changing your system pickup will be necessary to queue the automatic passing of 35 amps (I’ve seen that already ban the blades fast and safe enough because I have neighbors living next door and I fear that the blades can break) and manual a selector for hiciesen when strong winds or holiday pickup leave the queue but does braking.I do not want to extend more just know where I can send pictures so they can see the improved system in case someone wants to do, and to thank you very much for everything you have published and especially you for all the work done so we can have our little producing generator. 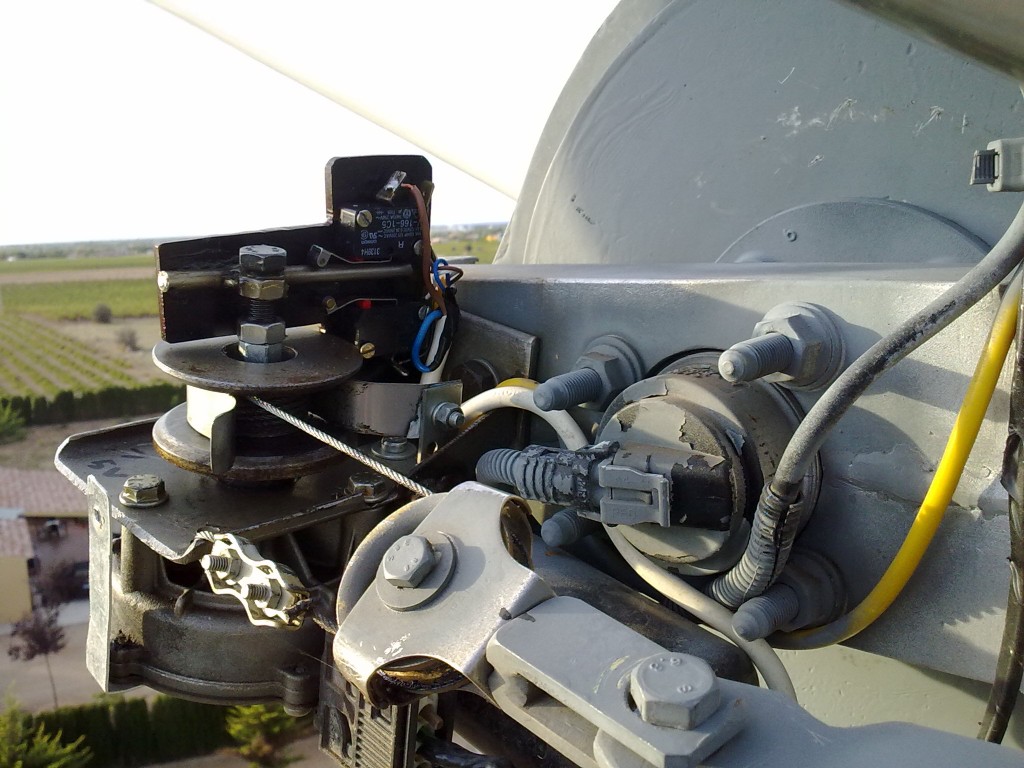 El system works with a limiting amp and a timer that if you are interested then tell you the brand and as conectarlos.De anyway if it is true that this system needs some maintenance but the simplicity of your good design.

NOTE FROM HUGH This should not be necessary as the tail furling system is designed to protect the alternator from overload, but in this case for whatever reason it was not working right and so Aurelio had a lot of fun with an automatic over-ride system that pulls the tail into the furled position using a wiper motor.  I used to mess with things like this back around 1980 but found they broke down more often than anything else on the wind turbines so I could not keep up with fixing them.  Making the tail lighter is a simpler option to protect the machine from overload.

2 Responses to One way to limit the current