Report KD 730 can be copied for free from my website: www.kdwindturbines.nl at the menu KD reports. The title of this report is: “Ideas about a 28-pole, 3-phase permanent magnet generator using the housing and winding of a 4-pole asynchronous motor frame size 80”. This generator is using 28 neodymium magnets size 40 * 7 * 3 mm and the magnet costs only about € 25. It is expected that this generator can be used with the original 230/400 V winding for 24 V battery charging if the winding is rectified in delta. 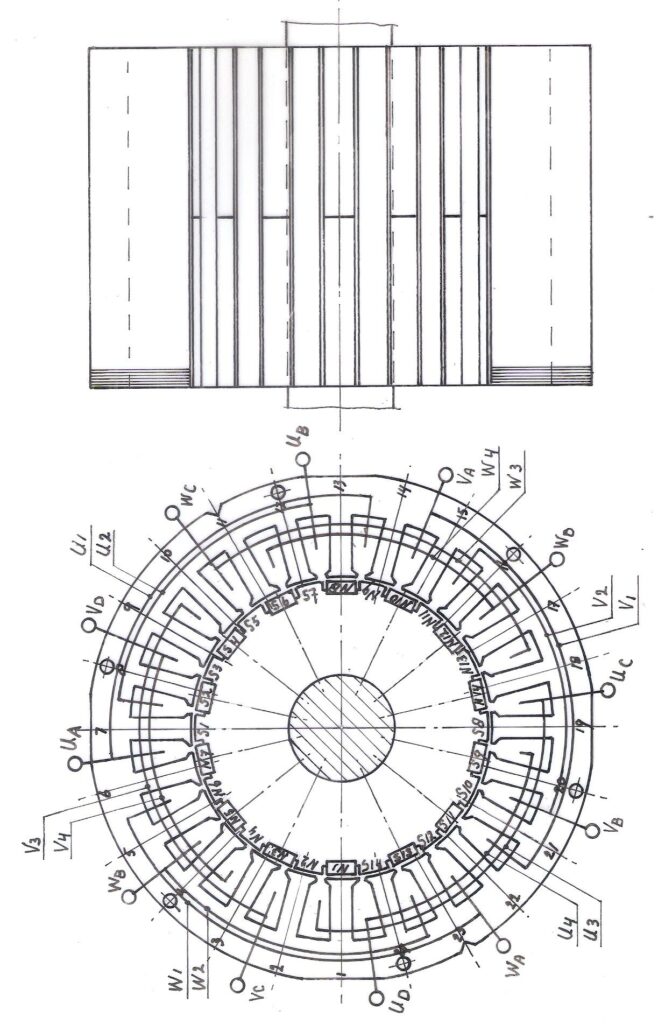 I have added figure 1 out of this report as an attachment and you can use this figure in a blog about this message.
Nice days
Adriaan Kragten

I live off-grid in NW Scotland and have spent my life playing with wind turbines. I also love small hydros. Hands on renewable energy is my thing and I like to learn and to share my experiences.
View all posts by hugh →
This entry was posted in Adriaan Kragten, construction. Bookmark the permalink.