An update 2 years on for my post on the Windtracker by Logic energy.

I put one of these windtrackers on a windmill tower (the Kestrel tower actually http://scoraigwind.co.uk/?s=kestrel which is the right hand end one in the above photo) in March 2012, and to be honest I have not bothered to do anything in the interim. So I was a little worried that I would have lost all my data. The logger is still on its original batteries. voltage was 2.5. The LED was still winking gently. And I got the following data off the card for windspeed:

(I did not have a windvane connected but the logger also stores a useful windrose.)

The data is compromised by the fact that the anemometer is mounted on the west side of the tower and we have had a lot of east winds so it will have under-read those winds. But it’s a very useful clue to the site windspeed distribution.  Raw data on the card is the number of ten minute intervals for each windspeed bin as a text file. 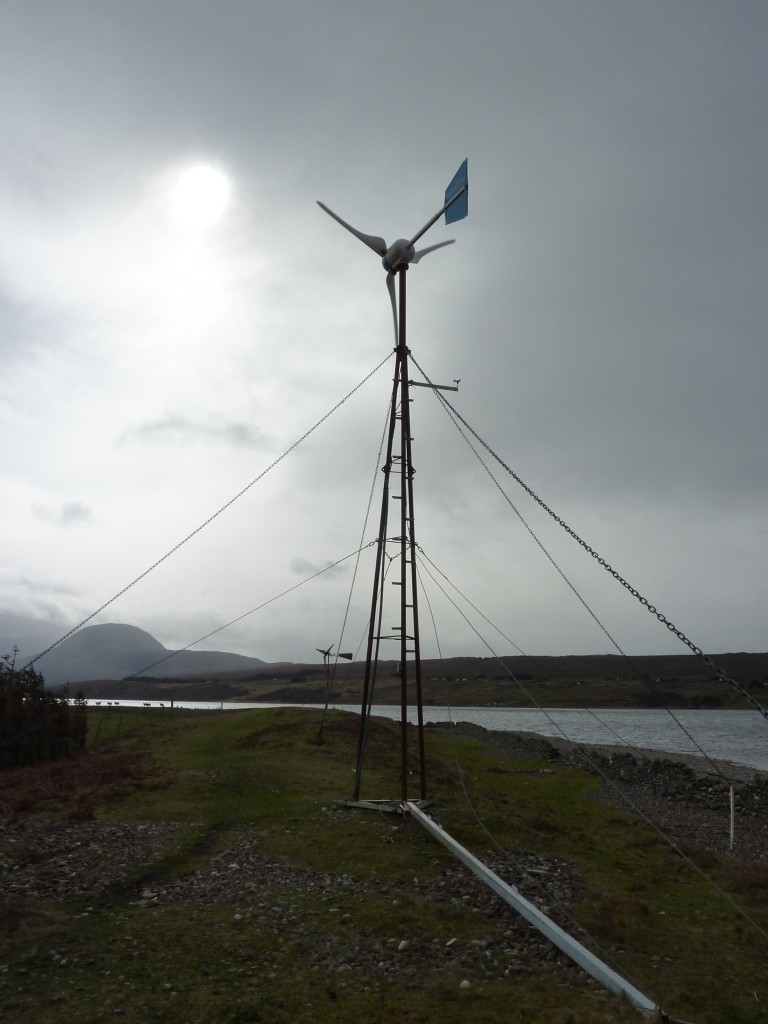 Kestrel turbine with anemometer on short
boom on west side

I live off-grid in NW Scotland and have spent my life playing with wind turbines. I also love small hydros. Hands on renewable energy is my thing and I like to learn and to share my experiences.
View all posts by hugh →
This entry was posted in power curve data, products/technical, Scoraig. Bookmark the permalink.