Here are some photos of a machine we took down today after some strong winds.  It actually lost a blade, which is rather serious damage.  The plywood has deteriorated a bit.  This machine was built in 2006.  It’s a 24 volt machine built to the 2005 book “Build your own wind Turbine” that preceded my Recipe Book. 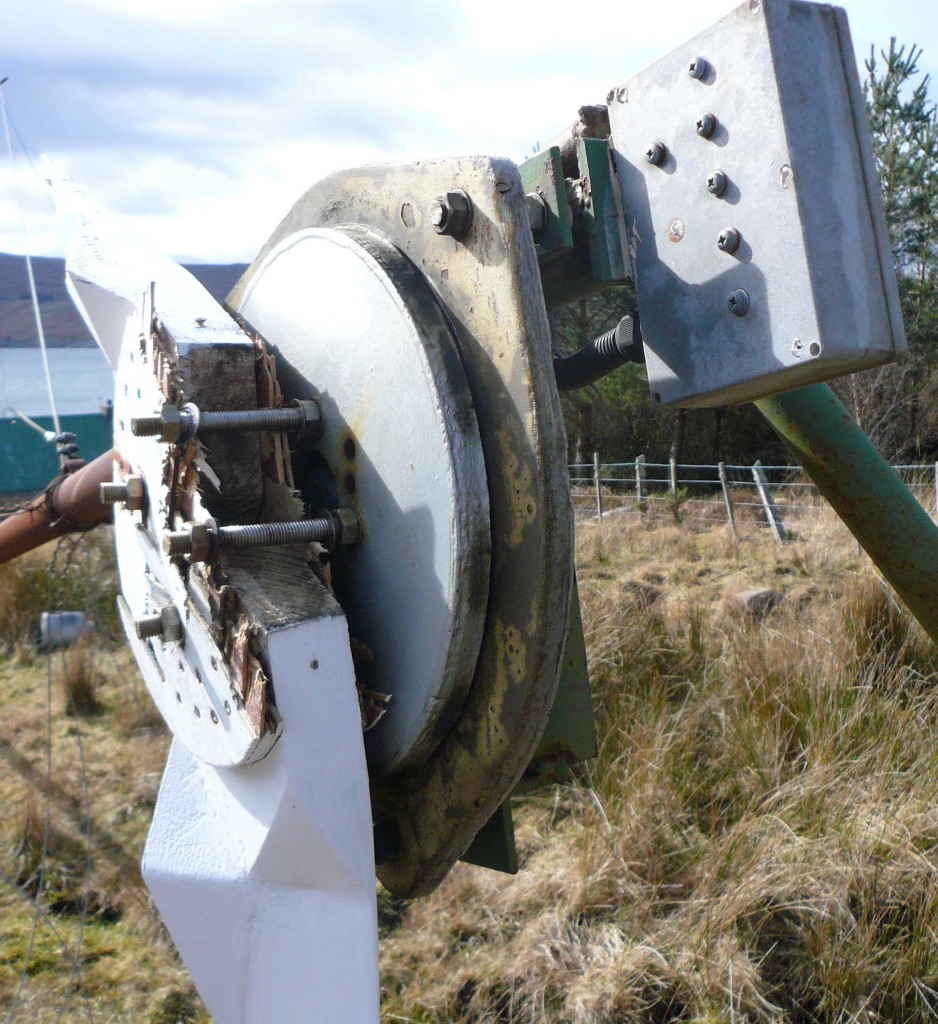 The tower is an interesting shape when it is down but it doesn’t seem to mind that.  It is always perfectly straight once it has been erected.  This is 12 metres of 75 mm OD pipe hanging on the top guy. 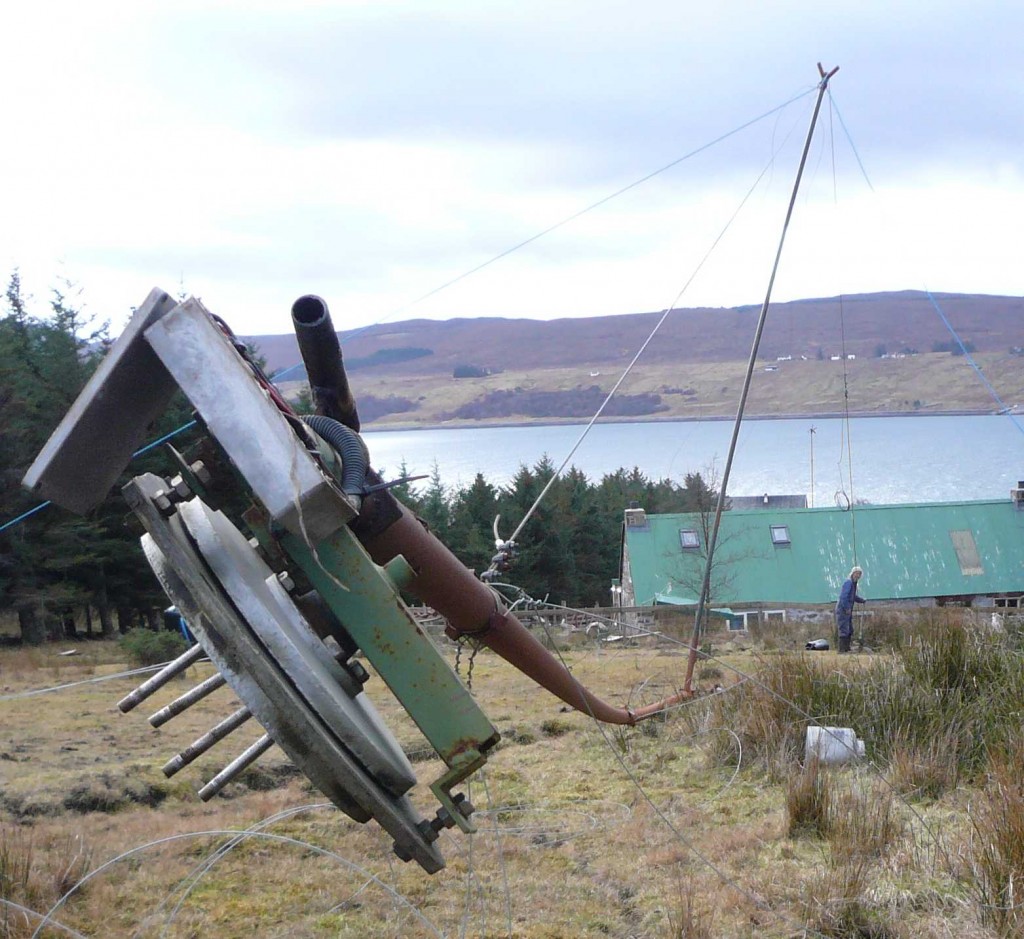 Below is probably the reason why it was overspeeding – the wires in the coils have been cut by magnet damage.  Once unloaded like this the blades ran fast and the aging plywood gave way. 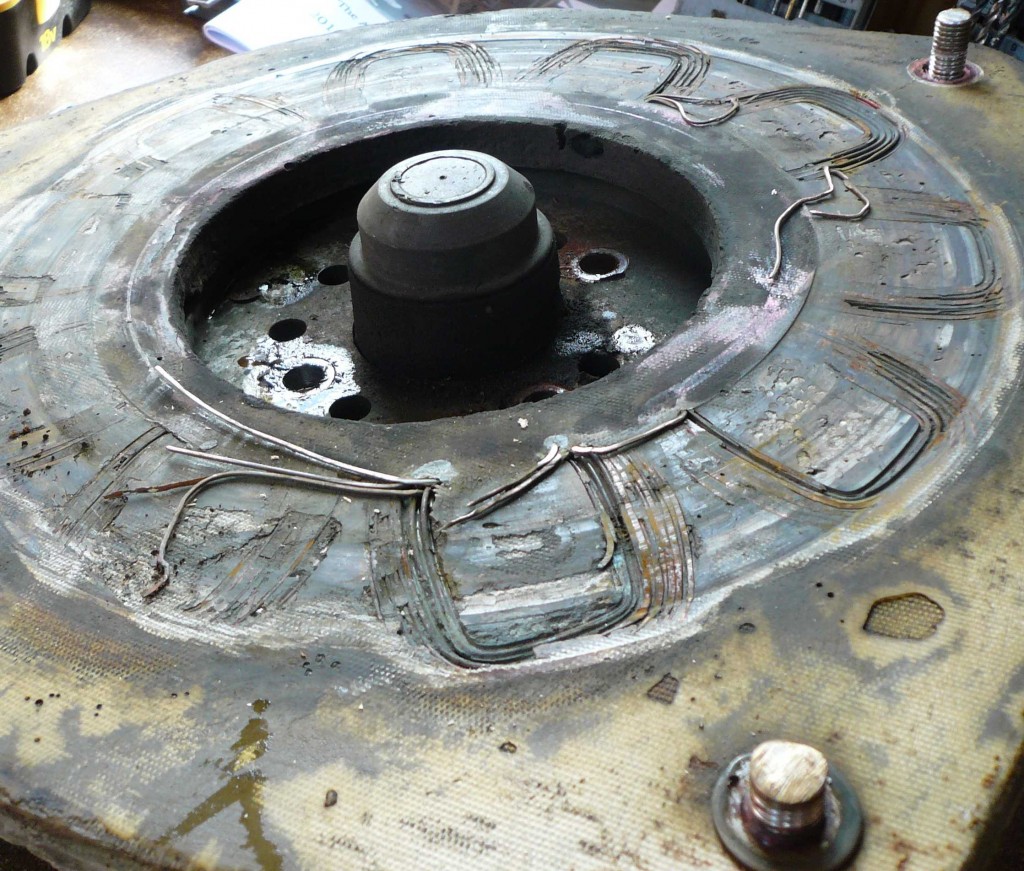 It was really only one magnet that got badly damaged; the front rotor was very close to the stator and there may also have been some wear in the bearings.  It’s a little hard to say what started everything off but I would say probably inadequate clearance followed by wear in the bearings.  Anyway it needs a new stator now and at least one new magnet glued in to restore it.  and a new set of blades.  Harsh. 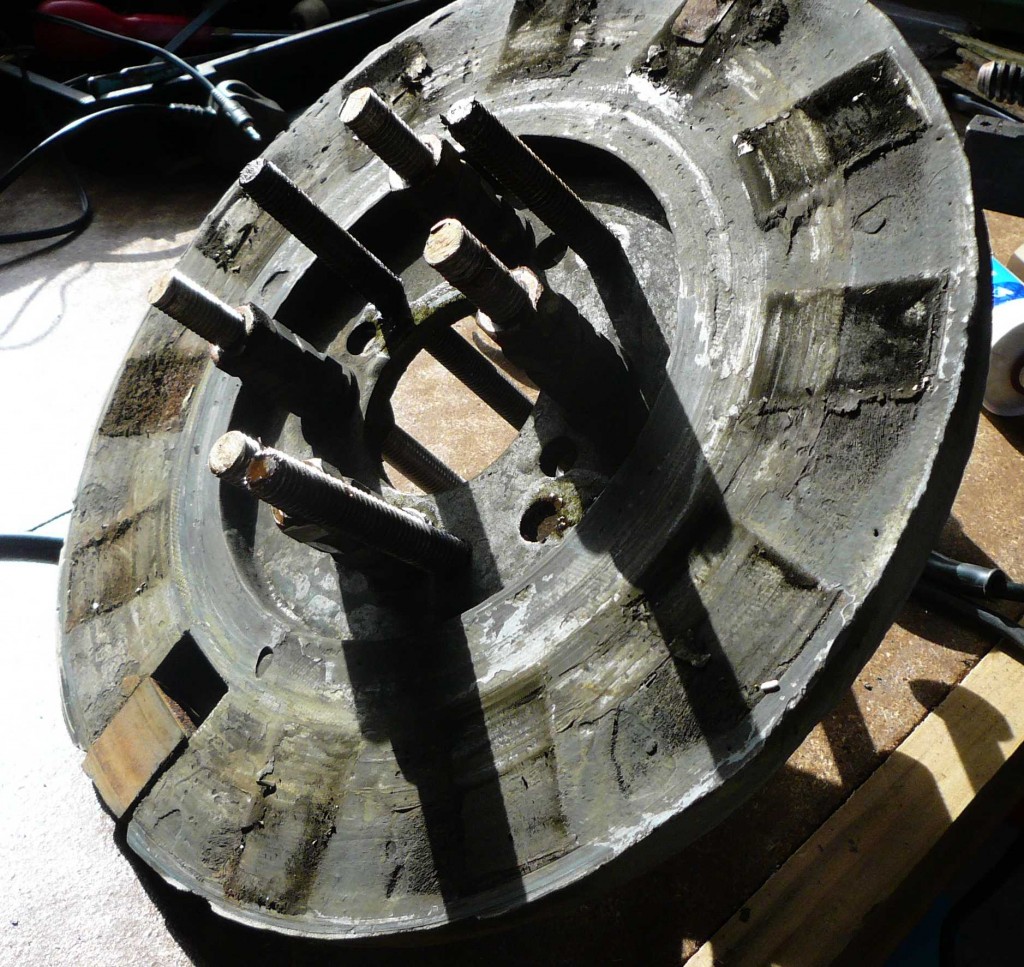 This sort of stuff happens to small wind turbines, but we fix them and then they work again for long periods.  Often the breakdowns are minor ones but this was a bit more involved.