Havoc with 4.2 metre turbines in France 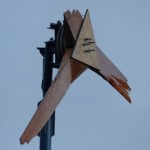 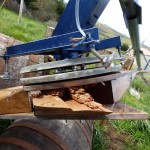 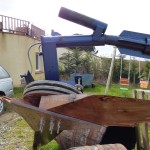 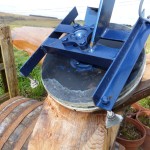 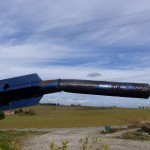 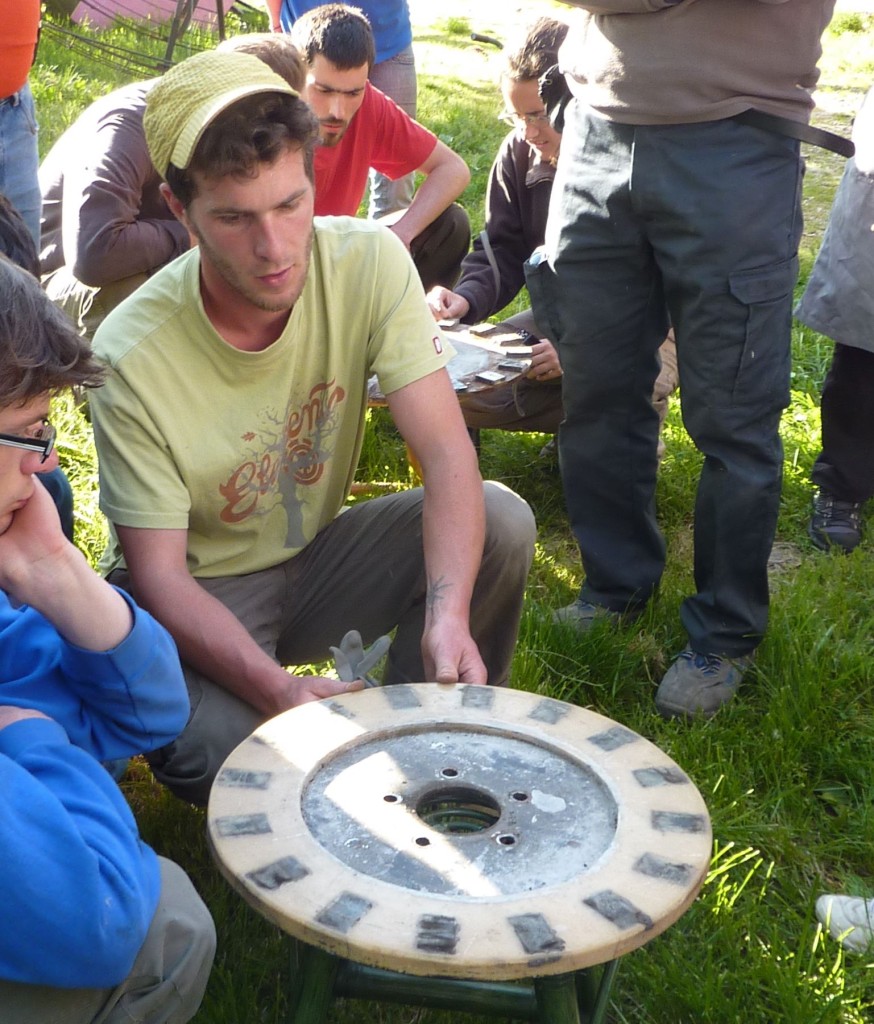 Gilou at Tieole writes from France:

This year, we are confronted with a lot of violent wind. And the 4200 model break a lot.

This winter, I think 8 wind turbines are broken. A lot of tails have jump and break blades.

Recall you the wind turbine we have built at L’ile on May. It’s broken but it’s really incredible. Blades, stator are broken and the top of the tower is folded.

I have use a 76 mm hydraulic pipe for the top of the tower.

It’s good to share pictures like this because damage does happen.  The hard thing is to find out what went wrong first, because most of the damage probably happened after the first failure.  For example when a tail jumps off this most often happens as a result of a broken blade ( being out of balance, the machine shakes the tail off), but it’s also possible that the tail broke the blade somehow.

When I look at the bent yaw pipe I think that’s most likely to be the first failure.  But the most likely reason for the pipe to bend would be gyroscopic forces so I suspect that there were strong gusts of wind and maybe the machine was also over-speeding at the time.  Then if the blades are spinning fast and the machine suddenly yaws away from the wind in a gust you could see a failure of the yaw pipe like that.  After that it’s easy to explain the blades and tail failing.  I suppose that the damage to the stator was caused by the blades.  But we don’t really know if the whole thing started with the stator coming loose, breaking, then overspeed, then bent yaw…

It’s important to analyse every clue to try to find out the original cause of the crash.  How to prevent it in future?

The 4200 is designed as a low windspeed machine with large blades in relation to the alternator and frame.  The idea is to get maximum power in low winds so it works for us every day.  But it’s not the strongest survivor in storms as we have learned from the winter experience in France.

Comet-me build 4.2m machines using a design they have adapted from my recipes.  They put them on some very windy sites!  Maybe we can learn from their designs…  Noam has sent me a document and I am pasting a link to it below.  But the yaw pipe is only 73mm in these drawings.

I live off-grid in NW Scotland and have spent my life playing with wind turbines. I also love small hydros. Hands on renewable energy is my thing and I like to learn and to share my experiences.
View all posts by hugh →
This entry was posted in construction, France. Bookmark the permalink.

3 Responses to Havoc with 4.2 metre turbines in France